Books: Bailey at the Museum by Harry Bliss 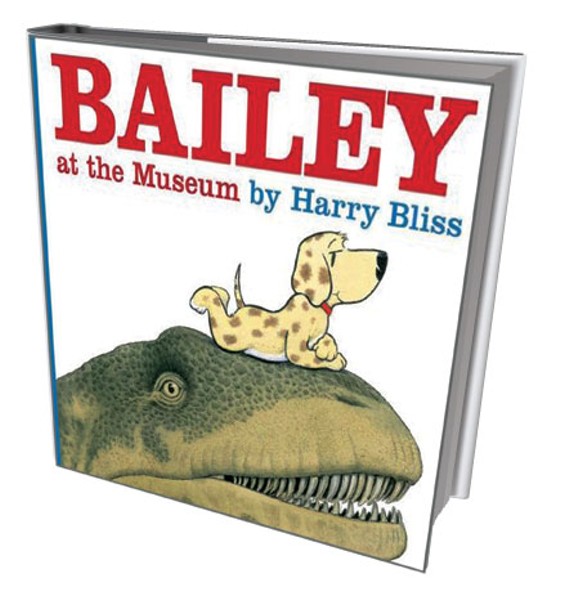 Ready for a tail, er, tale, of trouble at the museum? South Burlington cartoonist Harry Bliss reanimates his pooch protagonist, Bailey, for a second book, the newly released Bailey at the Museum. During a class trip, Bailey befriends a museum guard, probably due to his gnawing interest in the T-rex skeleton. Bailey's not afraid to show slurpy affection or nap in a teepee. But it's the tongue-in-cheek humor that'll keep readers coming back for more. Bliss' text plays straight man to Bailey's wryly humorous thought bubbles, making it a book parents will enjoy as much as the kids. Bliss has illustrated and coauthored several children's books including Diary of a Worm and Countdown to Kindergarten in addition to the first installment in the Bailey series. His comic strip for adults appears weekly in Seven Days.