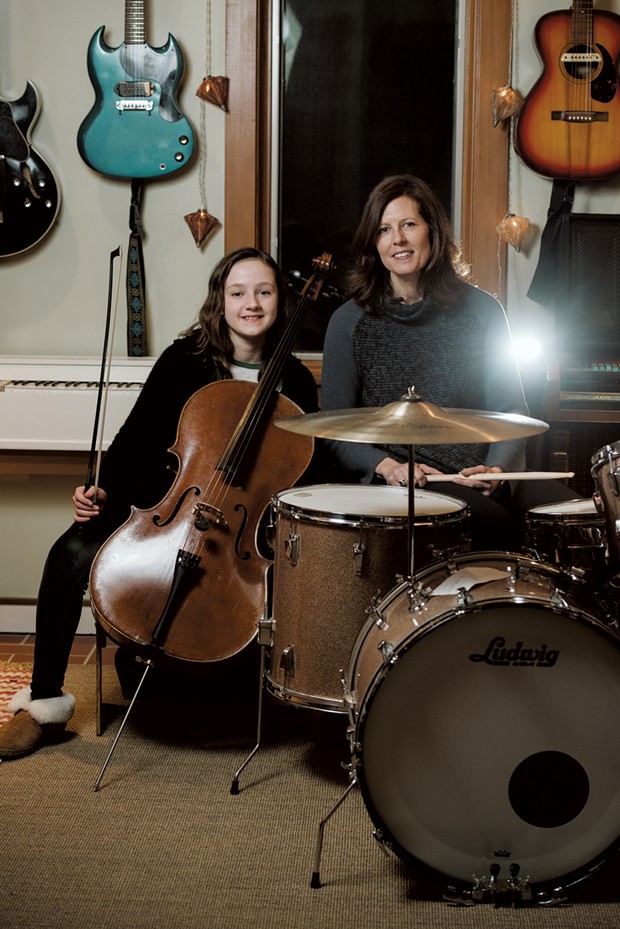 Ariel, how long have you been playing the cello?

Ann, when did you start playing music?

Ann, 49: I started playing classical music when I was young but came to the drums by accident, really, when I was in my mid-twenties.

Do you play together as a family?

Ann: Yeah. Ariel actually played a show with us at Radio Bean.

Ariel: That was great. Everyone liked it a lot. And more people came than at their usual shows! My dad wrote a ton of songs, so I played on a couple of those.

Do the two of you like the same music?

Ariel: We're very different. I'm into some of the newer music, like pop. I like the Point and 95 Triple X, but Mom —

Ann: It's sort of a range. Father John Misty, old stuff like Sonic Youth, of course Neil Young. Led Zeppelin is always on my Pandora.

Do you try to get Ariel into any of your favorite music?

Ann: Always. If there's a song, and I know she hasn't heard it —

Ariel: She'll be like, "Ariel! Listen to this!" And she'll turn up the volume, like, five notches!