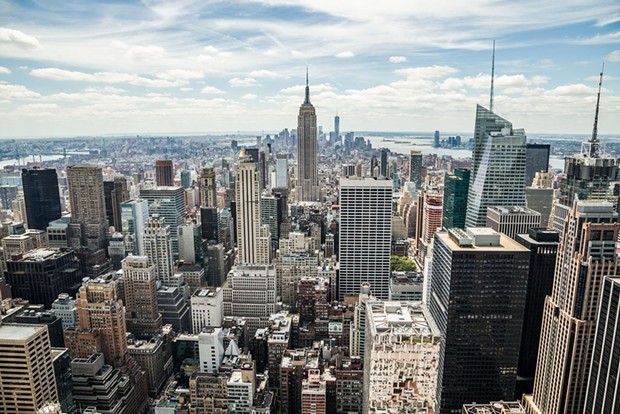 I was obsessed with reading and writing as a kid, fascinated by the worlds you could build and the escapism you could find through books, pen and paper. I often wrote fictional stories in homemade books. My favorite genres were humor, adventure, horror or a mix of the three.

When I was 9 years old, I rented Sam Raimi's Spider-Man, and my fascination with film began. I found that movie, and the subsequent films in the trilogy — Spider-Man 2 and 3 — deeply relatable. You know a superhero film is good when the person behind the mask is more interesting than the persona he adopts. I connected with Tobey Maguire's portrayal of an introverted Peter Parker, and with the way his character struggled through everyday life.

After watching hundreds of movies growing up — from the animated Japanese films of Studio Ghibli to the pulpy Indiana Jones series to quirky indie dramas like Eternal Sunshine of the Spotless Mind — I took a screenwriting class for high school students at New York University when I was a junior. Spending one week in the heart of New York City was life-changing. My professor's positive feedback about my writing, the way the city became so alive at night and the friends I made through the class made me determined to pursue my college degree at NYU.

I applied and got accepted through early admission. Having lived in Vermont almost all my life, moving to New York was certainly an adjustment. I felt like a tiny ant among millions of other ants. The lackadaisical cows and graceful deer I grew up surrounded by were replaced by squirrels, pigeons and cockroaches. In Vermont, I could get away with daydreaming as I went about my daily life. In the constantly bustling streets of New York City, I had to be alert at all times. And while Vermont virtually shuts down when the sun sets, New York feels almost nocturnal.

Despite the adjustments I had to make, New York City was a great place to attend college. It's full of diverse people from all walks of life. At NYU, I encountered professors and fellow students with great talent, knowledge and experience in filmmaking from whom I could learn.

Screenwriting soon became my passion because it allowed me to merge my love of writing and reading with film. I was able to find friends with similar interests yet unique perspectives to work with and broaden my craft. Sure, there were those who would cite Citizen Kane, The Boondock Saints or any Wes Anderson film as their favorite movie for the sake of appearing artsy, but most students I encountered just wanted to tell a fun, emotional and creative story — and watch, write and talk about films. One professor I really liked taught a class about blockbusters — and the importance of making films the audience wants to see — that changed my perspective on filmmaking.

Now that I've graduated, I'm not sure what the future holds. But wherever I go, I'll bring the unique perspective of being a Vermont kid who, for four years, was steeped in the no-nonsense attitude and urban grittiness of New York City.