A Literary Tribute to a Famous Folk Singer 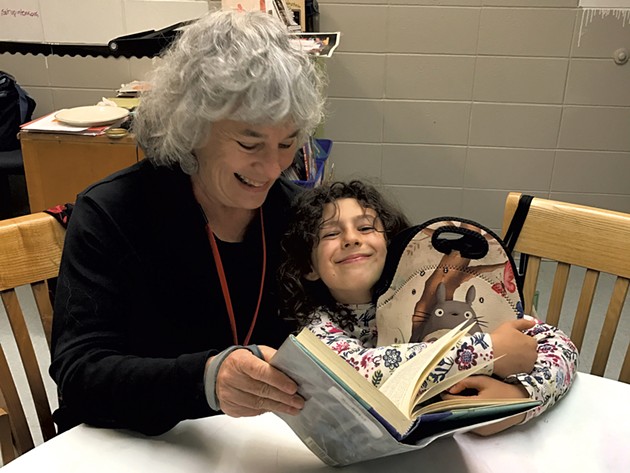 Ever since she attended summer camp in rural Vermont as a child, Leda Schubert knew she wanted to live in the Green Mountain State and write children's books. Schubert worked as a preschool teacher and librarian in Vermont before deciding to go back to school at age 55. In 2004, she earned an MFA in Writing for Children and Young Adults at Montpelier's Vermont College of Fine Arts. Since then, she's published nine children's books and served on the faculty of VCFA. Her newest work — Listen: How Pete Seeger Got America Singing, a biography focusing on the folk singer's political activism through music — was released in June. Seeger, who died in 2014 at age 94, accomplished much in his long life, from traveling with Woody Guthrie to participating in the Occupy Wall Street movement. Kids VT called Schubert at her home in Plainfield to discuss her book and its subject.

Kids VT: We've been admiring this beautiful book in my house, both its words and illustrations.

LEDA SCHUBERT: Thank you! I was really pleased with Raúl Colón's pictures. 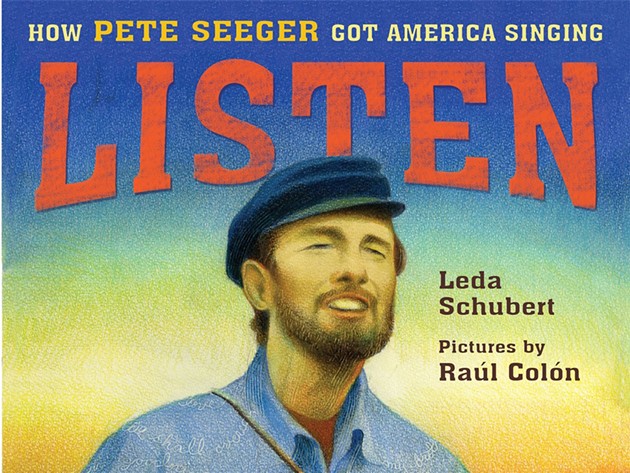 KVT: In reading Listen, I learned that Seeger had to testify before the House Un-American Activities Committee. Could you elaborate on this?

LS: Pete first came under suspicion in World War II, when he wrote a letter protesting the Japanese internment camps. When he testified, Pete pled the First Amendment — freedom of speech. Many others took the Fifth Amendment — preventing self-incrimination — but Pete didn't do that. In the hearing, he tried to sing, but he wasn't allowed to do so. Afterwards, he was blacklisted and so couldn't be hired for larger venues. So he ended up singing at a lot of summer camps. At a time in American history when people were afraid, Pete was very brave. He was a real inspiration.

KVT: Can you talk about his environmental work?

LS: Pete and his family lived in a cabin they built on the Hudson River, which was terribly polluted then, and he looked at it every day. Pete believed local action matters, and people should take things into their own hands, politically and environmentally. In the 1960s, he created a replica of a sailing ship — a sloop — that he named the Clearwater, and sailed it up and down the river, holding concerts and bake sales. The river got cleaned up. The Clearwater is still there, and it's still sailing.

KVT: From this book, I also realized much of Seeger's success is due to his incredibly strong marriage.

LS: Pete called his wife, Toshi, the "brains of the family." Toshi did just about everything, from raising the kids to giving Pete ideas. She was an amazing woman. Pete was very lucky, and he knew it.

KVT: In the book, you write that Seeger said, "If anybody asks you where in the world is the most important place, tell them, right where you are." That seems to encapsulate Seeger's philosophy. Does it reflect yours, too?

LS: I have spent my life working with young children to give them the best world possible. Reading with children is one of the ways to change the world, and it's been my life's work. Social media like Facebook both creates and disrupts communities. We're too often encouraged to escape deep thinking and the world we live in, but reading throws us back into experiencing the world where we hear the birds singing. I encourage kids not to distract themselves. Children need food, shelter, reading — and dogs, too.

KVT: We live in a time of deepening divisions in our society. What do you think Seeger would be doing now?

Schubert will present at the Burlington Book Festival on September 15 through 17. Find more information at burlingtonbookfestival.com closer to the date. Learn more about the author at ledaschubert.com.