One to Watch: Violet Mercieca 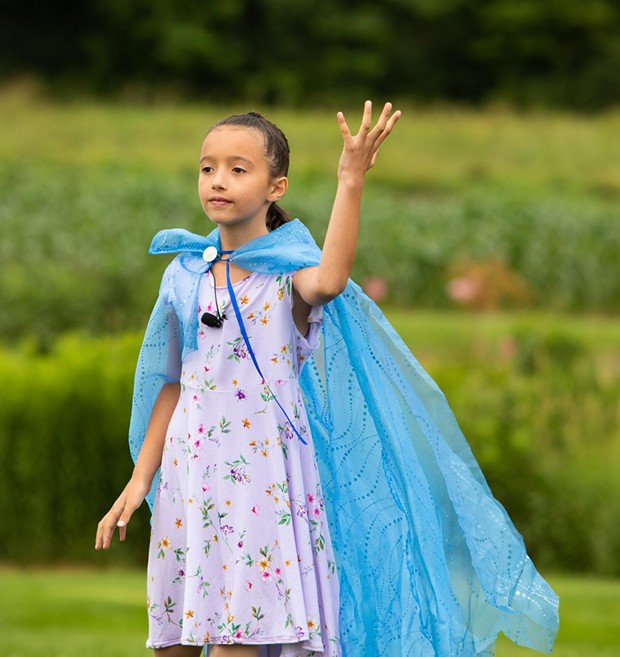 Lots of kids come to watch performances of the Farm to Ballet Project, which brings original, classical dance to Vermont farms. But there’s just one young cast member in the show: 9-year-old Violet Mercieca of Shelburne. She’s the first young girl to join the production, organized by Ballet Vermont; she plays a farm kid. Violet actually pitched the new character to Ballet Vermont’s Artistic Director, Chatch Pregger, in a letter she wrote at age 7. “She sees something that she wants to make happen and then she goes for it,” said Violet’s mom, Maria. She wasn’t surprised that her go-getter daughter would write the letter, but she was stunned when Pregger actually followed through on the request. Violet kicks off the show as the only person on the stage, reciting a poem that’s six paragraphs long. Katie Decker, Ballet Vermont’s executive director, described the scene at one recent performance: “It’s dead silence. We had 400 people at our show and she stood out there with such stage presence with her arms open and so confident. She is this powerful girl.” Violet, who was also recently cast in season three of “Mister Chris and Friends,” confesses to feeling a bit nervous before the shows. “But then when I get on stage — or on grass — I feel excited,” she said. Her mom can relate; Maria is also a member of the company. A professionally trained dancer when she was younger, she ultimately walked away from a career in ballet. “I didn’t have that ideal body type that ballet called for,” said Maria, who stands 5 feet tall. But Ballet Vermont is intentionally different and inclusive, with a cast that represents all body types and ages. When Maria joined the Farm to Ballet Project cast in 2016, she was a full-time stay-at-home parent. It was the first creative outlet she’d sought since her two daughters were born in 2012 and 2014. Towards the end of this year’s show, Violet and Maria perform a duet together where Maria plays a donkey, the farm kid’s favorite animal, all re-imagined from William Shakespeare’s A Midsummer Night’s Dream. 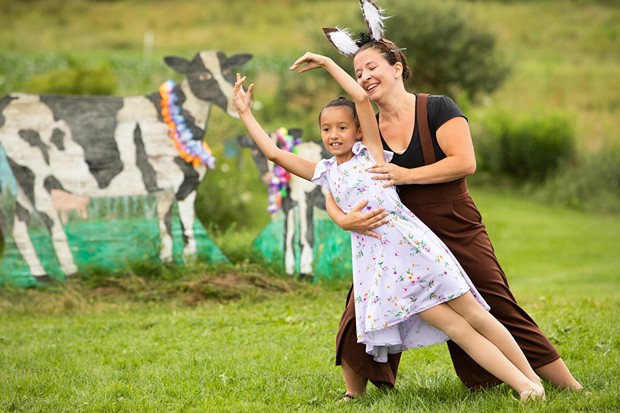 “If you know that they’re mother and daughter and you watch it, it just makes you cry,” said Decker. “I feel really proud of her and I have to work really hard to stay in character. I start smiling ear to ear,” said Maria, who slipped a quick kiss on Violet’s forehead at the end of their duet at Isham Family Farm in Williston. “It’s really special that it went from me looking for an outlet outside of motherhood to me actually now sharing the experience with my daughter and sharing the stage with her,” said Maria. The last two performances take place this weekend, at Peck Farm Orchard in East Montpelier, and Billings Farm & Museum in Woodstock.
Prev
Next