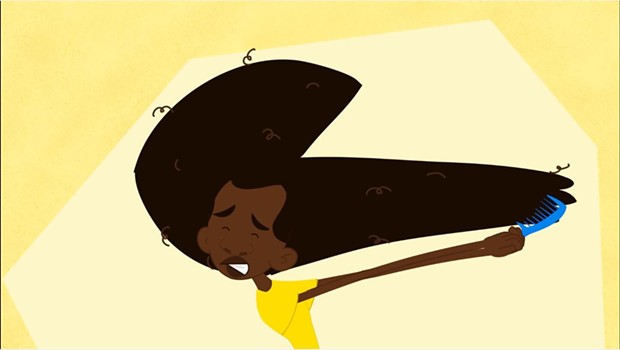 As we slide into a long, dark winter season, chances are you’ll be craving at-home entertainment that goes beyond your normal Netflix queue. The Vermont International Film Festival (VTIFF) is offering two enticing options this month.

From Friday, December 18 through Thursday, December 31, VTIFF — in partnership with the New York International Children’s Film Festival – presents NYICFF Kid Flicks, a pair of mini-festivals of short films from around the world geared to families. The first installment is a 58-minute compilation of seven short films with minimal dialogue, suitable for ages 5 and up. The second 64-minute collection is aimed at ages 8 and up, and includes English subtitles to accompany the multilingual dialogue.

“Perhaps more than ever, during this worldwide pandemic, watching films from all over the globe can be both enjoyable and educational, a way to ‘travel’ without leaving your home,” wrote VTIFF assistant director Gail Clook in an email. “Watching films from other cultures is an excellent way to broaden one's view of the world, and to develop tolerance and understanding for diverse customs and viewpoints.”

Hailing from Europe to Asia to South America, the first slate of films offers a visual feast for the eyes. While The Magic of Chess, an American short that documents the National Elementary Chess Championship, is a live-action film, the other six films all feature beautiful animation. Overboard!, from Slovakia, has a sleek, collage-esque style to it; Japanese film Konigiri-kun: Butterfly features skillfully crafted stop-motion animation; and German-made Cat Lake City has a minimalistic approach, which complements a fun story that will generate laughs with younger viewers. Though Boriya was produced in South Korea and France, the animation style is clearly influenced by anime, a popular type of Japanese animation that Western audiences are likely familiar with through Studio Ghibli films or Pokémon.

The second group of films also spans the globe and includes a mix of traditional, stop-motion and computer animation, as well as live action. Many of these shorts are coming-of-age tales.

“Encouraging viewing all the films is a great way to encourage a love of films, as one in particular could resonate with a child and inspire their interest in more culturally diverse films and subjects,” explained Clook.

So pop that popcorn, and dive in!