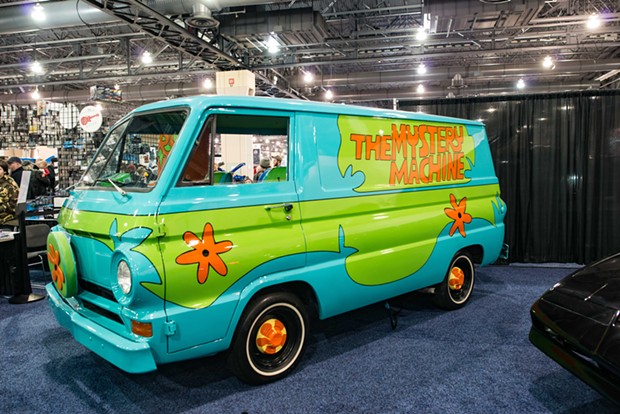 With the recent release of Warner Bros. Animation’s Scoob, I thought I’d recommend a Scooby-Doo movie that I prefer far more: the 1998 animated movie Scooby-Doo on Zombie Island.

Scoob is yet another entry in the lucrative and well-established Scooby-Doo franchise, spanning 12 different television series and a staggering 47 movie entries. While these range in quality and medium — some are traditional animation, some live action, some CGI animation — there’s no denying the impact that Scooby-Doo has had across multiple generations. As a kid, I was obsessed with it (and still am, frankly) because the show perfectly blends mystery, comedy and friendship while sustaining an underlying constant horror atmosphere that isn’t gratuitous or cliché. It delivers the scares, but also knows that families are watching.

As a religious watcher of Scooby-Doo, I’ve seen almost everything its production companies, Hanna-Barbera and Warner Bros., have served up. I believe that Scooby-Doo on Zombie Island is a hidden gem among a mountainous heap of Scooby-Doo media.

The Story: The members of Mystery Inc. have gone their separate ways due to the monotony of solving too many mysteries where the monster is invariably some guy in a mask. As their current careers start to become mundane or flounder, Fred, Daphne, Velma, Shaggy and his anthropomorphic dog Scooby-Doo reunite for one last shot at finding a real ghost. However, the gang may be in for more danger than they bargained for when they are called on to inspect paranormal happenings on Moonscar Island in the Louisiana Bayou.

Why It’s a Good Family Movie: Scoob was a disappointment because it adhered too strictly to a Hollywood marketing strategy in which characters must have stand-alone films that connect to each other, usually culminating in an ambitious cross-over movie where every character unites to overcome a mutual threat. While this works for DC and Marvel because their source comics were originally orchestrated around this concept (although I still prefer standalone Batman and Spider-Man), it doesn’t work for Scooby-Doo. Warner Bros. plans to produce movies with other Hanna-Barbera characters that will tie into this cinematic universe, so we may eventually see Scooby-Doo, Fred Flintstone and Yogi Bear team up in an ambitious superhero crossover movie if they keep it up. It’s an attempt to offer something new to an exhausted Scooby formula by mimicking other successful blockbuster franchises.

However, Scooby-Doo on Zombie Island has already performed this task, while maintaining the franchise’s spirit. The movie realizes the Scooby formula has gone stale, but also recognizes that Scooby-Doo isn’t a superhero, rather a goofy, talking dog.

Families will enjoy this movie because it subverts the classic Scooby-Doo formula to create a mystery that is fresh and exciting. This time, the monsters are real, and the stakes are higher. Just as fans may have become fatigued by the repetitive narrative of earlier Scooby-Doo media, the characters in Zombie Island have also become tired of the same old routine. The narrative draws Mystery Inc. back in with a fresh new mystery, just as it brings viewers back to the classic Scooby world with something fresh and different.

The darker horror elements of the movie are softened by its offbeat sense of humor, which is often quite meta contextual. For example, Shaggy’s suitcase containing multiple pairs of the same exact clothing is a jab at the fact that cartoon characters are always dressed in the same outfit.

The film is smart, beautifully animated, and just scary enough to capture that classic Halloween vibe without provoking nightmares. Additionally, there’s a great message to be learned in how the characters forge friendships despite their differences.

Age Recommendation: It’s a darker Scooby adventure, but still very family-friendly. There is more graphic content than a child might be accustomed to from the cartoons, such as a decapitation (that is much less morbid than it sounds) and implied deaths, including one featuring crocodiles. One scene involving humans transforming into monsters might be too frightening for younger children. I’d recommend it for ages 8 and up.

Scooby-Doo on Zombie-Island is available to rent and purchase on Amazon and iTunes and streaming on Netflix.