Toddler from Waterbury Daycare Dies After Wandering Into Icy Creek 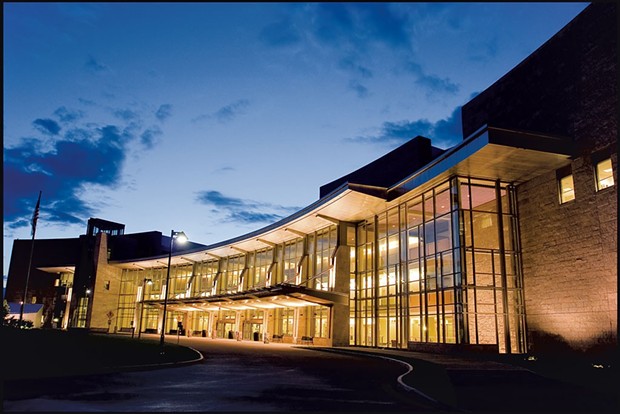 A 3-year-old boy who wandered off from a Waterbury daycare program on Thursday afternoon and fell into an icy creek has died, according to the Vermont State Police. The police report, released Friday afternoon, indicates that Parker Berry of Hyde Park was first noticed missing when family members arrived to pick him up. He had been outside with a group earlier that day. Staff members found him in Thatcher Brook near Guptil Road in Waterbury. They performed CPR and called 911 around 4 p.m. He was taken to Central Vermont Medical Center in Berlin, then transferred to the University of Vermont Medical Center.

Investigators told WPTZ-TV that Berry, who was missing for an unknown period of time, was given CPR "for several hours."

The home-based daycare program, Elephant in the Field, was profiled in a May 2014 Kids VT story, "Free-Range Toddlers: A Farm-Based Childcare Program Counters the Overprotective Parenting Trend." The daycare, run by Marlena Tucker-Fishman, is situated on a 42-acre family farm that's bordered by a meandering creek. 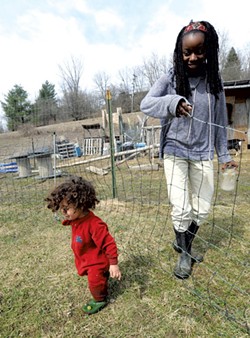 Tucker-Fishman, who started Elephant in the Field in 2011 — the name refers to a sculpture visible from Guptil Road — promotes a "holistic" and "nature-based" educational approach that involves lots of time outdoors. Kids participate in a variety of forest- and farm-based activities, including growing food, operating a farm stand and raising animals.

Efforts to reach Tucker-Fishman by phone Friday morning were unsuccessful.

Vermont State Police and the Vermont Department for Children and Families' Child Development Division are jointly investigating the incident, according to DCF Deputy Commissioner Reeva Murphy. The daycare program is registered with the state. Tucker-Fishman voluntarily closed on Friday following the incident. Except for two minor violations of DCF regulations dating back to March 2013, the program was previously in good standing with state regulators, according to DCF records.

Elephant in the Field daycare
Prev
Next