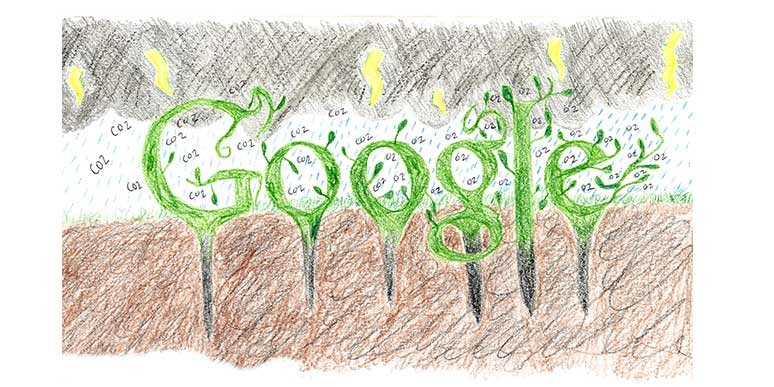 On Tuesday, Winooski fifth grader, Penny Ly, was announced as one of 50 state winners in Google's seventh annual Doodle 4 Google competition. This year, the contest — which asked students in grades K-12 to redesign the Google logo — was inspired by the theme, "If I could invent one thing to make the world a better place..."

Ly's doodle, which she called "Double A: Artificial Air," depicts bright green artificial plants, which she imagined could convert carbon dioxide into oxygen.

On May 21, Ly will be among the honorees at an awards ceremony at Google's headquarters in Mountain View, California, where an overall contest winner will be crowned. That lucky kid will win a $30,000 college scholarship, a $50,000 grant for his or her school to improve their technology program and an opportunity to work with Google's professional doodlers to animate his or her doodle for Google's homepage.

Want to see Ly win? From now until May 9, you can vote for your favorite doodle online at http://www.google.com/doodle4google/vote.html. The public vote will decide five national finalists, one in each age group.