One-on-One With My Military Kids 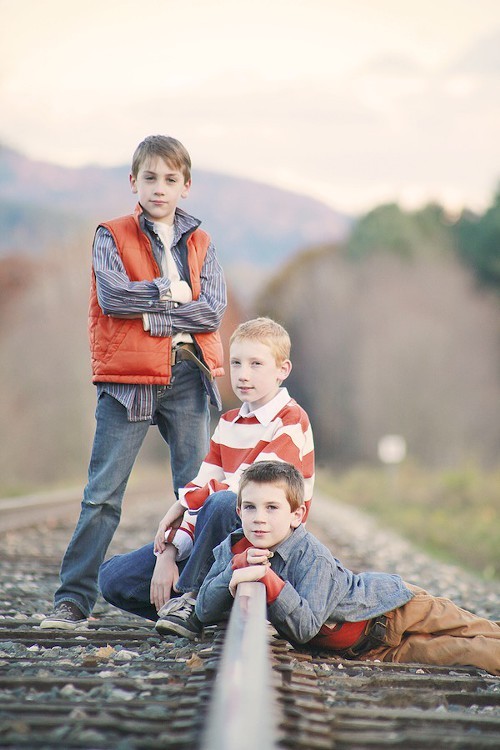 In an effort to better understand how my kids feel about being a military family with their dad deployed, I thought it would be enlightening to interview them. You never know what kids are going to say, am I right?! I wrote up a list of questions and had my mom interview the boys, thinking they’d be more candid with her.

Chase, my 9-year-old, didn’t answer all of the questions. He’s had the hardest time of all my boys during this deployment. When their dad is able to talk with them, Chase doesn’t want anything to do with it. It’s been heart-wrenching to watch him struggle so deeply with his dad’s absence.

We’ve all struggled, but I can see a growth in my boys that I know would never have come otherwise. While most kids are innocent and naive about war, military kids are forced to grasp grown-up thoughts and feelings. They’re constantly confronted with troubling news reports and even casual comments from friends about bombs and terrorists. Our fight at home hasn’t been won with jets and gunfire, but with patience, hope and courage.

I’m happy to say that our boys have shown their resilience and strength, just like their dad. And, if I do say so myself, they’ve learned a thing or two from their mom, too.

Here’s what they had to say about it.

What is your favorite part of being a military kid?

Chandler, 12: "I get to go to special events like family day on base and Star Base Camp."

What is your least favorite part of being a military kid?

Chandler: "That I don't get to see my dad for a really long time sometimes."

Chase: "My dad has to leave to go places."

Charlie: "My dad has to be deployed and he will have to do it more."

What is the worst part of deployment?

Chandler: "Saying goodbye and knowing [Dad] won't be back for a long time."

Chase: "We don't get to see my dad and I have to help with extra work around the house. Although I do like mowing the lawn!"

Charlie: "Knowing Dad will be gone for a long time and saying good bye when he leaves."

What is a positive of deployment?

Chase: "I get to go to my friend's house more often. Other than that, nothing."

Charlie: "Dad can send us cool stuff from where he is deployed. He sent me money from Afghanistan and an Air Force mug this time."

What has deployment taught you about your dad?

Chandler: "I think he is awesome and is the best dad ever! When he's home, he does stuff with me that other dads wouldn't do because he is so adventurous. One time, he went off a huge snow jump when we were sledding, but none of the other dads would. He is awesome!"

Charlie: "It makes me happy that he is protecting our country."

What has deployment taught you about your mom?

Charlie: "She is doing a really good job taking care of us when Dad isn't here."

What has deployment taught you about yourself?

Chandler: "It has made me stronger. Not physical strength, just stronger dealing with deployment."

Charlie: "I can do things now that I couldn't do before he was deployed. I've grown up a lot."

Home Front: Diaries from a Vermont military family
Prev
Next